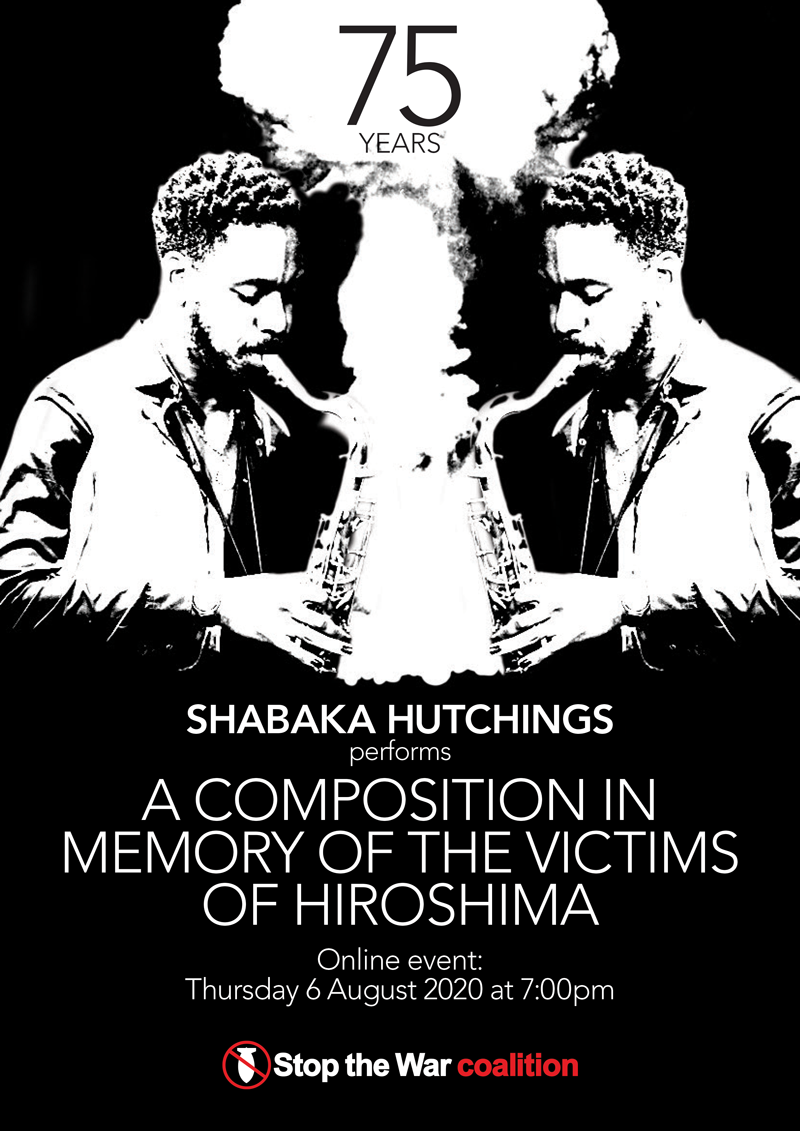 The 6th of August 2020 marks 75 years since the atomic bomb was dropped on the city of Hiroshima, killing an estimated 135,000 people. Stop the War will be commemorating the occasion with a special performance from jazz revolutionary Shabaka Hutchings.

Hutchings, a Mercury Prize-nominated saxophonist and bandleader is one of the leading figures in the current flowering of the UK jazz scene. He is an integral part of three unique and groundbreaking bands (Sons of Kemet, The Comet is Coming and Shabaka & The Ancestors), each of whom have produced distinguished albums in recent years. Drawing on a vast pool of different musical influences the work of his groups embraces hip-hop, house, jungle, dub and much more besides.

For this occasion, Hutchings has created a new composition in response to those devastating events of August 1945 which will be performed exclusively live across Stop the War’s social media platforms.

Hutchings will follow in the footsteps of John Coltrane, whose tour of Japan in 1966 included a visit to Hiroshima and whose subsequent live album has continued to serve as a healing testimony to the victims of the bombings for over half a century.

In the lead up to the performance we will be profiling anti-war jazz records from across the decades beginning with Coltrane’s iconic performance of Peace on Earthfrom his Concert in Japan album.