US Elections: Prospects for War and Peace

20 October – US Elections: Prospects for War and Peace 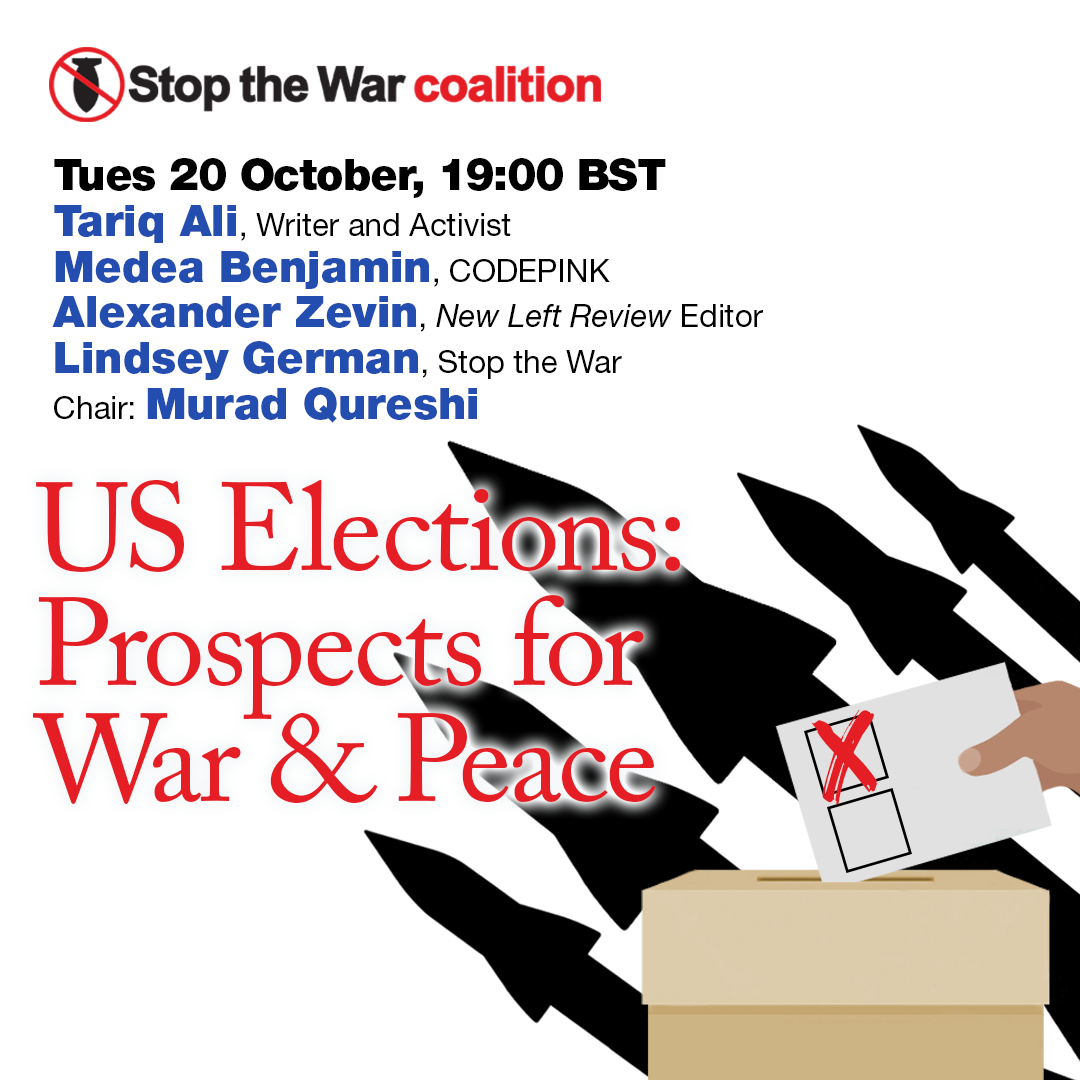 There’s less than forty days until the US presidential election and the prospects for peace are far from rosy. The choice for Americans is largely between two candidates with firm ties to the military establishment who have both sanctioned aggressive US foreign policy whilst in office. But there is also much more to it than that.

Trump, despite having bombed numerous countries during his presidency, is the first US president not to have started a foreign war in the 21st century. As Vice President, Biden argued against the overthrow of Gaddafi in Libya but he had previously played an instrumental role in facilitating the war in Iraq as the Chair of the Senate Committee on Foreign Relations.

With US foreign policy now decisively focused on China both candidates are trying to outdo each other’s rhetoric regarding the new global superpower. This week, Trump accused China of ‘infecting the world’ with Coronavirus whilst Biden made the unbelievably hypocritical boast that he would ‘be firm on China’s militarisation in the South China Sea’. With Taiwan becoming increasingly embroiled in rising tensions there could not be more at stake.

Join us in discussing the prospects for war and peace in view of November’s US election along with writer and activist Tariq Ali and CODEPINK’s Medea Benjamin. We will also be hearing from Alexander Zevin, an editor at New Left Review and Stop the War’s Lindsey German.