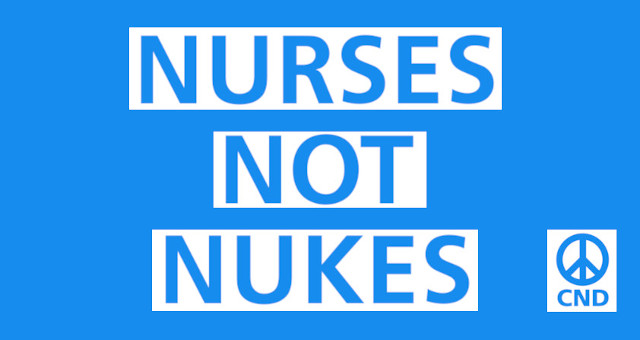 In a week’s time, it’ll be the People’s Assembly National Demonstration in London. Join our ‘Nurses not Nukes’ bloc on Saturday June 26th, assembling at noon by the Langham Hotel, Portland Place, W1B 1JA.

We’ll march to Parliament Square to show that, after the pandemic, we want a new normal, free from the scourge of nuclear weapons.

Boris Johnson wants to spend public money on more weapons of mass destruction, not doctors, nurses and hospitals. In the process he will be ripping up the nuclear Non-Proliferation Treaty and starting a new nuclear arms race. We can’t let that happen.

If you would like to volunteer to help CND with the bloc on the day – tasks include stewarding the bloc, distributing placards and carrying our banner – please get in touch with [email protected]

‘Nurses not Nukes’ is part of the Palestine, Peace and Anti-War Bloc, together with the Stop the War Coalition, Palestine Soldiarity Campaign and many other organisations. 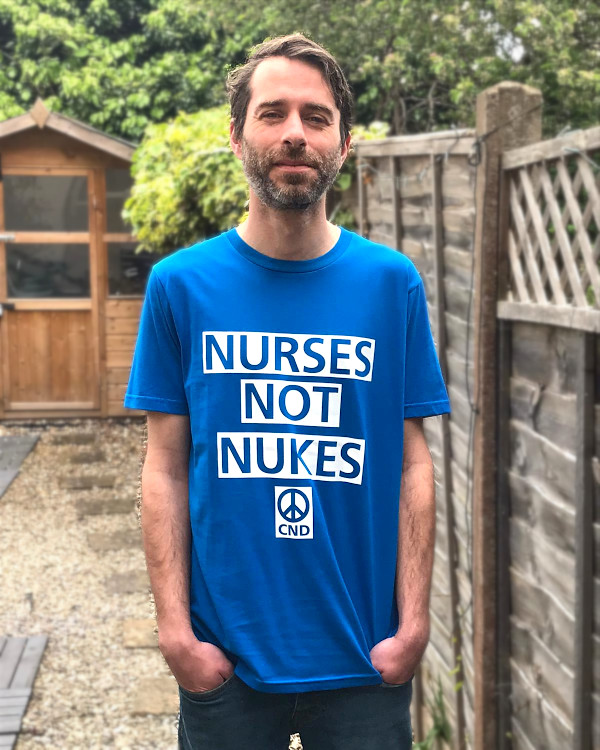 If you can travel to London we look forward to seeing you, but if you’re not planning on travelling, please take action locally – with a local CND group or share an image of yourself with a Nurses not Nukes placard on social media!

Support the campaign with a Nurses not Nukes t-shirt

Whether or not you’re able to join us on the 26th, you can also show your support with our brand new Nurses Not Nukes T-Shirt. We also have stickers and badges available, so there are plenty of ways you can join in and say: Nurses Not Nukes!