Mark and remember the beginning of the "war on terror" 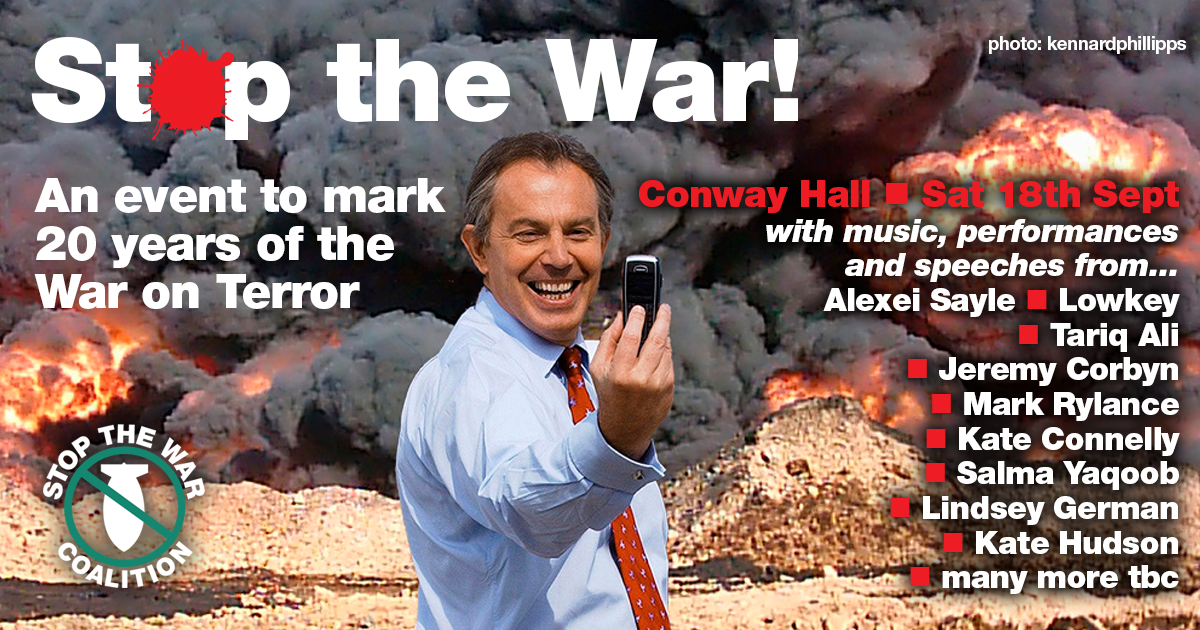 This year marks the 20th anniversary of the founding of Stop the War, and on Saturday 18 September we are hosting an important political and cultural afternoon to mark and remember the beginning of the “war on terror”, as well as the powerful campaigning work that has taken place since. We have a fantastic line-up of key figures from the movement, as well as musicians, artists and poets who will perform, share stories and reflect about the beginning of the campaign in 2001. We will also be screening a new short film by Amir Amirani, the director of We Are Many.

We hope you will join us and hear the how the movement began, how Stop the War grew into the largest anti-war campaign in the UK, and to join the discussions on where we see ourselves heading in the years to come as the struggle against war and imperialism continues.

Our amazing line-up includes Stop the War Patron and Oscar winning actor Mark Rylance, comedian Alexei Sayle, and musician and rapper Lowkey. They will be joined by founding members of our movement including Jeremy Corbyn, Tariq Ali, Lindsey German and Salma Yaqoob.

We hope to see you at Conway Hall this September – find out more on the event and book your ticket using the button below.