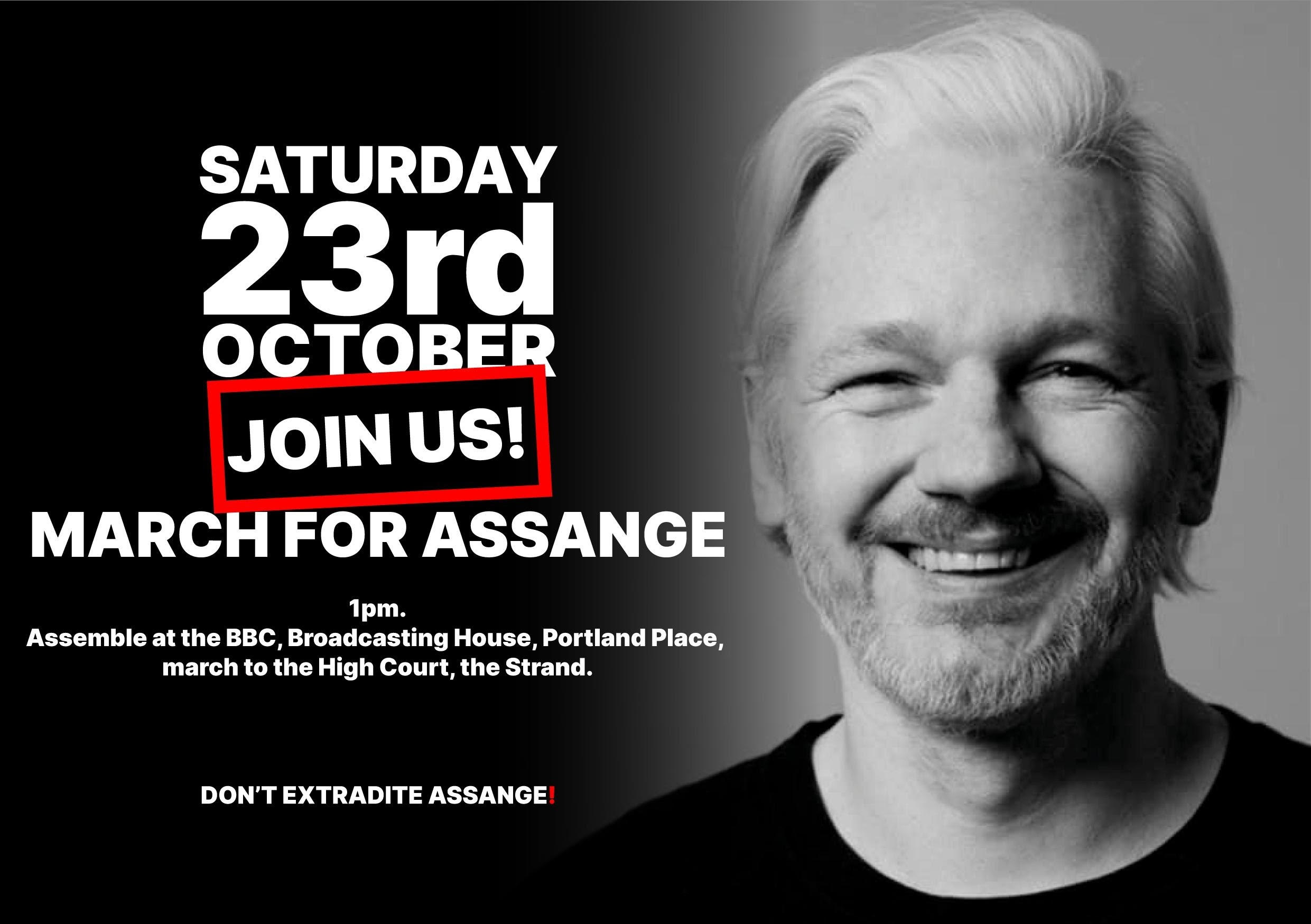 Julian Assange faces extradition charges to the US for publishing government documents exposing war crimes and human rights abuses. If successful he will likely face a 175 year sentence.

This is unquestionably a politically motivated trial. It represents an unprecedented attack on press freedom and the public’s right to know.

In January 2021 Julian won in court against the US government’s extradition charges. Yet despite this he remains in London’s high security prison while awaiting the US appeal. That appeal is being heard in the High Court on 27 & 28 October.

We need as many people as possible to join us on 23 October, to show solidarity with Assange and let it be known that journalism is not a crime. The US cannot keep a man in jail because he publishes the truth.

Stop the War Coalition is supporting the March for Assange to demand that Joe Biden drop the charges against him. The US must not be allowed to criminalise journalism.

Join us at BBC Broadcasting House, Portland Place at 1pm on Sat 23 Oct marching to the Royal Courts of Justice, the Strand.

Protest at the High Court – 27 October 9am

On the day of the appeal, Wednesday 27th October, there will be a protest outside the court. If you can join us at 9am, when we will assemble outside the High Court on the Strand.

This is the most important press freedom case of the 21st century. We must all play our part and take a stand.