No Knighthood for Tony Blair - Military Families Speak Out 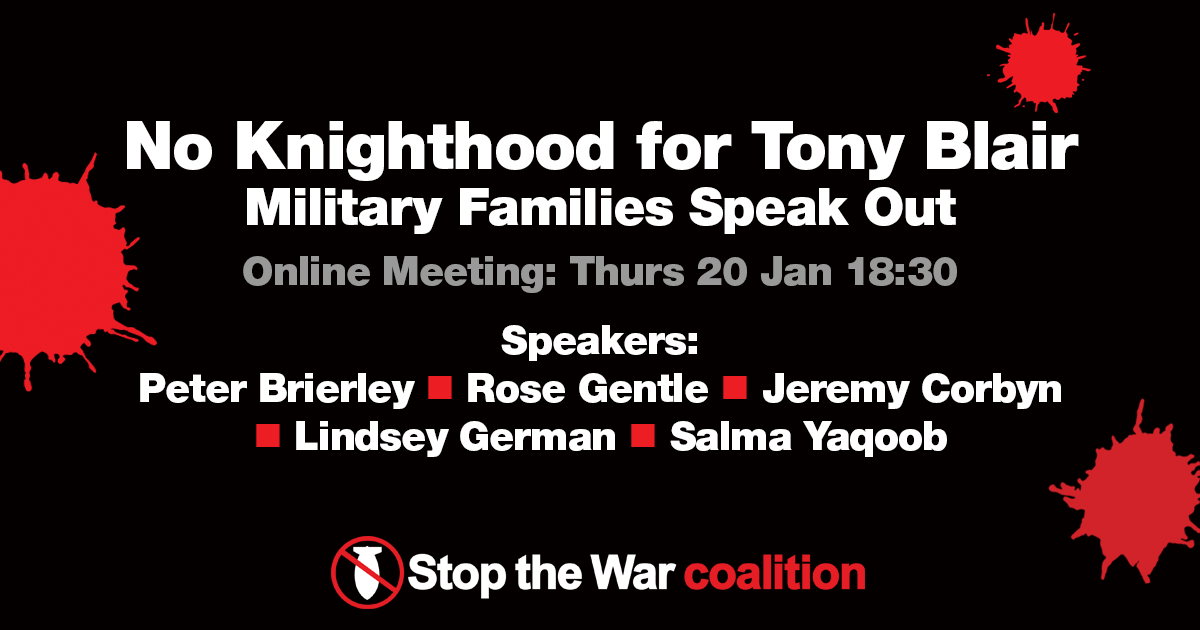 The year began with one of the prime architects of the wars in Afghanistan and Iraq, Tony Blair, being awarded a knighthood. With the blood of millions on his hands this is a reminder of how keen the establishment is to gloss over his crimes. At Stop the War we’re doing all we can to remind people of those crimes and make sure that they never happen again.

For this online meeting we’re joined by Peter Brierley and Rose Gentle, who lost their children on the battlefields they were sent to by Blair. As they have done for many years, they continue speak out against his wars and want to express their disgust at him being awarded the Order of the Garter.

They will be joined by Jeremy Corbyn, Lindsey German and Salma Yaqoob. Join them to hear what we can do to push for justice for those affected by Blair’s wars.