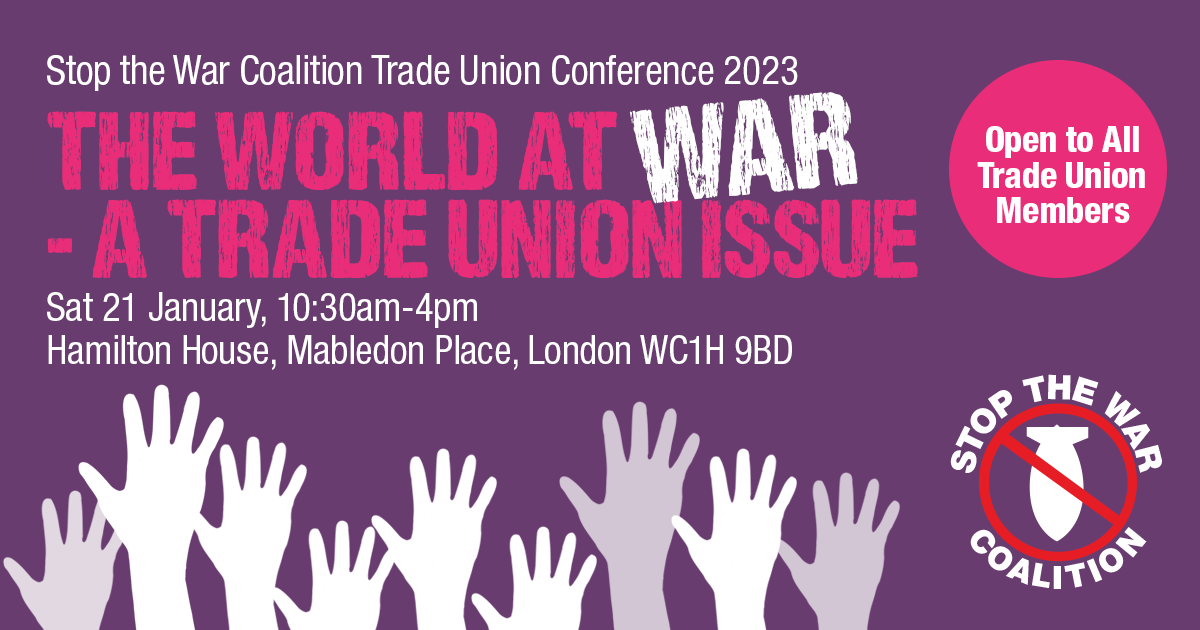 We are living in a more and more dangerous world. The war in Ukraine is a disaster for the people there and effectively pits two nuclear armed great powers against each other. It could escalate at any time and is already causing economic chaos. Meanwhile, the US is ramping up the pressure on China, with full support from the British government and other NATO allies.

All this is raising tensions around the world, and in the middle of the worst attacks on living standards since the 1930s they want us to pay for this new militarism. Both Tory leadership candidates are committed to increasing defence spending to 3% of GDP – way above the European average.

We have called this conference because we believe that it is always working people who are the first victims of war and that the record sums being spent on arms and the military should be redirected to public services, to the NHS, social care and our crumbling schools. We believe that the slogan ‘cut warfare not welfare’ should be taken up by the whole of the trade union movement.

The conference is open to all trade unionists. We urge you to register but also to spread the word in your branches and trades councils.