The Fall of Kabul One Year On 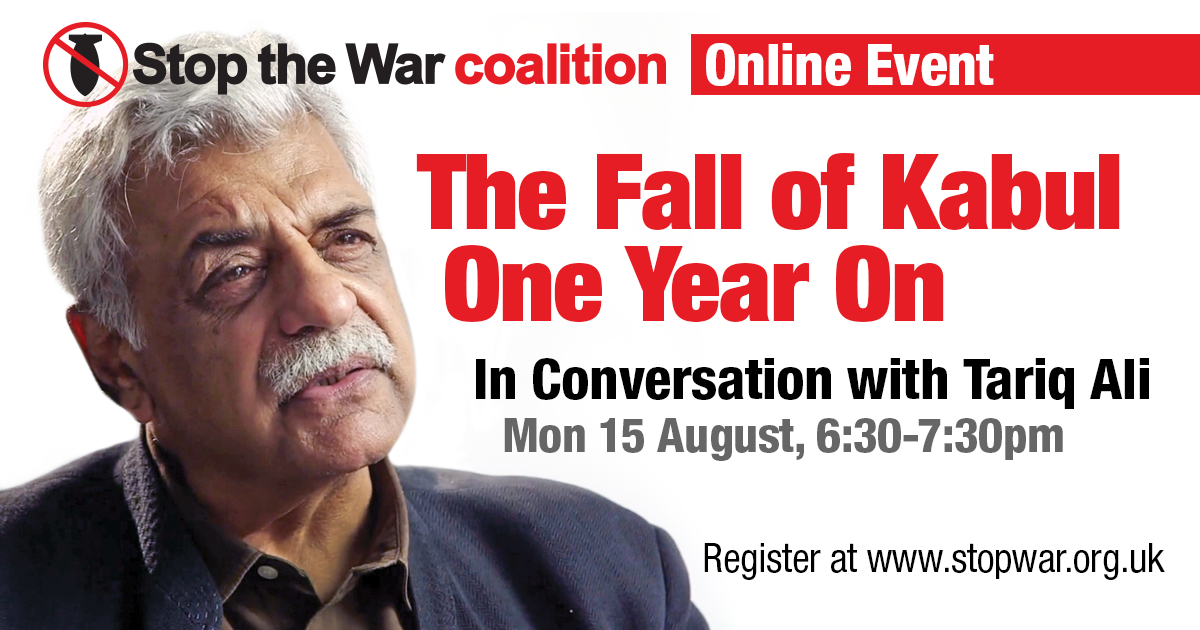 Register Here
Afghanistan has been abandoned by the international community following the events of 2021 when the 20-year NATO occupation of Afghanistan came to an end and the Taliban regained control of the country.

With the Taliban back in power and stronger than it was in 2001, NATO’s occupation has been an outright failure. From the lies of installing democracy to improving quality of life to liberating women, the War on Terror did nothing but cause death and destruction.
According to the UN’s latest report, civilian casualties, restrictions on women’s rights and freedom of speech, extrajudicial killings, ethnic minority persecutions and fundamental human rights are routinely violated. The country is home to one of the world’s worst humanitarian crises, as 90% of the population live below the poverty line. The country’s economy is at a standstill as sanctions cripple the nation.

One year on, join us for an evening with Tariq Ali – writer, film-maker and author of The Forty Year War in Afghanistan: A Chronicle Foretold – as he takes a look at the current state of the country and the myths surrounding the Western occupation.
This is an online event. Free and open to all.
Register Here