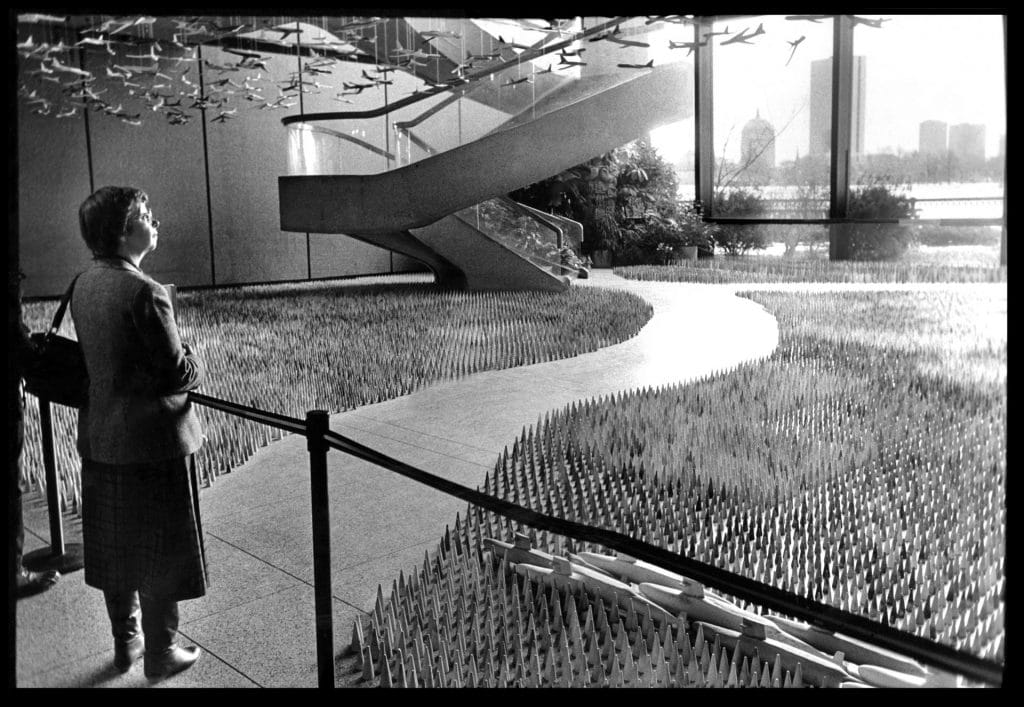 AMBER WAVES OF GRAIN. This field of ceramic nose-cones represents, in miniature, all the warheads in the US nuclear arsenal at the height of the Cold War, along with the nuclear submarines, bombers, and ballistic missiles designed to deliver them. Estimates put the warhead count at around 25,000. Denver sculptress Barbara Donachy created this installation to show what such a concentration of nuclear weaponry would look like all in one place. Her display contains 33,561 pieces representing 31,000 warheads, 1,799 ballistic missiles, 324 intercontinental bombers, and 37 nuclear submarines. Amber Waves of Grain installation by Barbara Donachy, Boston Science Museum, Boston, Massachusetts. February 13, 1985. Photograph copyright by Robert Del Tredici, The Atomic Photographers Guild. Used with permission.

The recent effort to persuade Canada to sign the Treaty on the Prohibition of Nuclear Weapons has stimulated a lively debate in the public sphere. At the same time, out of the spotlight, the start-up company Moltex Energy received a federal grant to develop a nuclear project in New Brunswick that experts say will undermine Canada’s credibility as a nonproliferation partner.

Please click the link below to read the full article: