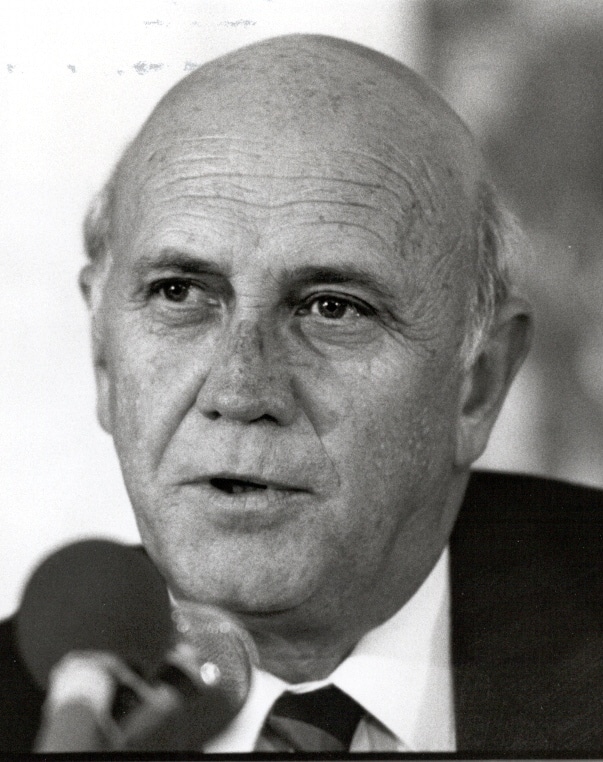 Almost nothing suggested that former South African president Frederik Willem de Klerk would be the one to dismantle apartheid. He was born into a family of politicians of the nascent apartheid state, became a member of Parliament in 1972, and was complicit in—even supportive of—all the evil committed under apartheid during numerous ministerial posts. But while serving as president, de Klerk stunned the world in February 1990 when he removed the ban on opposition political movements, including the African National Congress, and released political prisoners, including the individual with whom he would later share the Nobel Peace Prize—Nelson Mandela.

De Klerk’s death at the age of 85 this week has been widely reported in the New York Times, the BBC, der Spiegel, the Daily Maverick, and other international media. Yet none mention that, under his leadership in 1991, South Africa joinedthe Nuclear Non-Proliferation Treaty and fully dismantled the country’s nuclear weapons arsenal.

De Klerk believed that nuclear weapons, having lost their deterrence value following the end of the regional conflicts, would subsequently burden his government. Two weeks after assuming the presidency, he held a top-secret meeting of advisors in which he requested a plan to rid the country of nuclear weapons. Those who attended agreed, though some rather grudgingly, as he recounted in my 2017 interview with him.