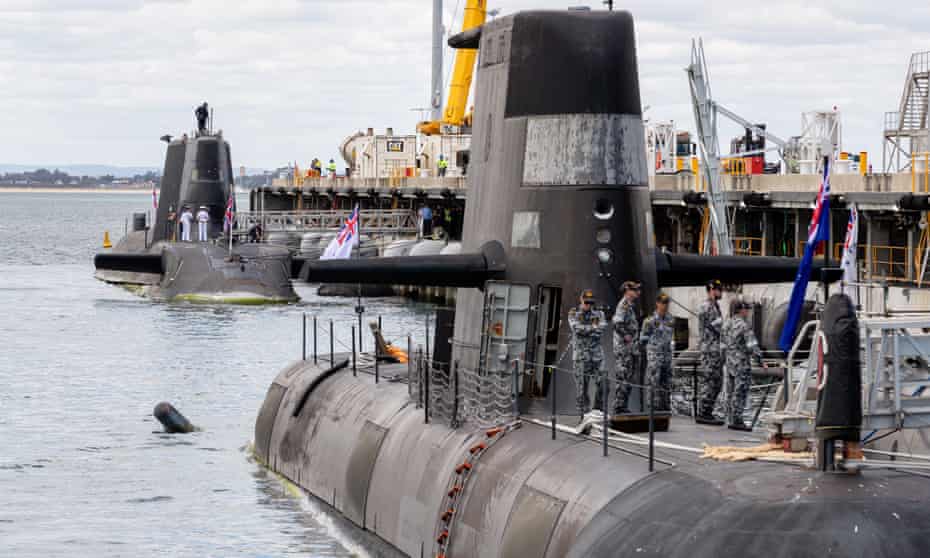 Australia is keen on getting its first nuclear-powered submarines built and operating as quickly as possible. Photograph: Richard Wainwright/EPA

It was initially seen as an audacious enlistment by Joe Biden of Australia into the 21st-century struggle against China, elevating the country in the process to a significant regional military power and finally giving substance to Global Britain and its tilt to the Indo-Pacific.

But since then the “ruckus” about Aukus, as Boris Johnson described it, has not stopped. If this was the start of a new “anti-hegemonic coalition” to balance China’s rise, it has not quite blown up on the launchpad, but nor has it taken off as smoothly as intended.

At the heart of the matter is Australia’s announcement it was ditching its A$90bn (£48.5bn) “deal of the century” contract to purchase 12 diesel-powered submarines from France, and was instead buying eight nuclear-propelled submarines from the US and Britain.
To read the full article, please click the link below: