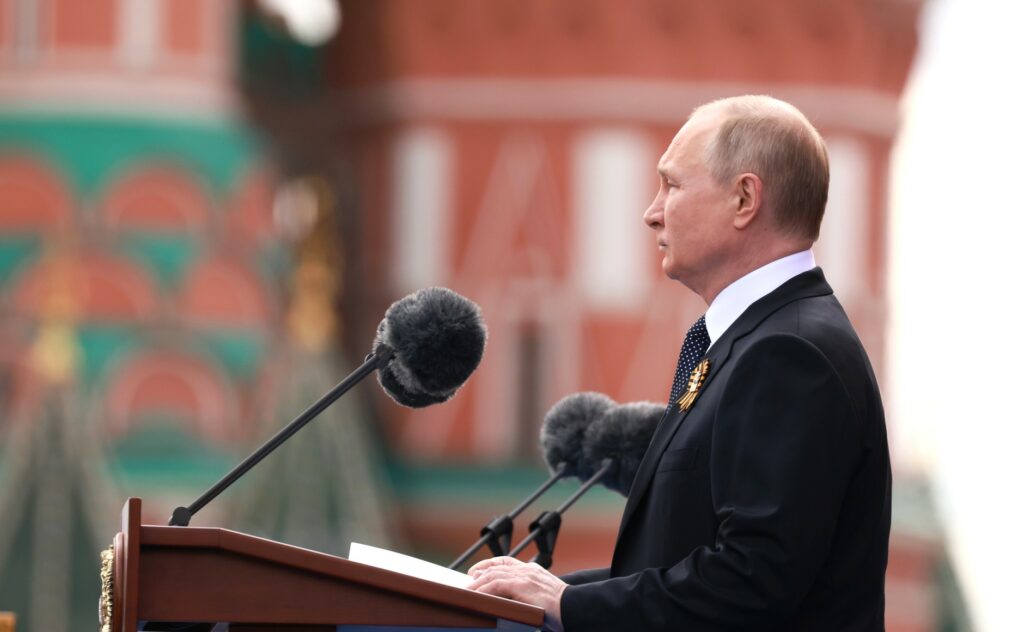 Russian President Vladimir Putin spoke at the military parade marking the end of World War II. May 9, 2022. Red Square, Moscow. Credit: Website of the President of Russia. CC BY 4.0.

In a defiant Victory Day speech in Red Square today, Russian President Vladimir Putin defended his war in Ukraine as “a fight for our motherland” against “Nazis” in a country that had declared that that it “could attain nuclear weapons.” All three claims—that Ukraine threatens Russia, is run by Nazis, and is seeking nuclear weapons—are false. Putin also justified the start of the war as a “pre-emptive strike” against what he perceived to be “an absolutely unacceptable threat to [Russia] that was steadily being created right on [Russia’s] borders” from NATO countries. In his short speech, he did not announce attempts to intensify the war, as some analysts had feared.