States Parties to the Treaty on the Prohibition of Nuclear Weapons (TPNW) will meet in Vienna next week for their first meeting since the treaty entered into force in January 2021.

This Meeting of States Parties comes at a time of elevated nuclear threats/risks in Europe due to the Russian invasion of Ukraine, nuclear tensions in other regions such as North East Asia and South Asia, and a nuclear arms race including increased nuclear weapons budgets and ‘modernisation’ of nuclear weapons systems.

86 countries, representing about 30% of the world’s population, have signed the TPNW, with 62 of these countries having now ratified it making the treaty binding on them. So far, none of the nuclear armed or allied countries have joined, or seem likely to do so. Never-the-less, the TPNW meeting is important to strengthen legal and political norms against nuclear weapons and their possible use in armed conflict, and to promote nuclear disarmament.

In this update we look at a few key issues for the TPNW Conference, including the call on States Parties to affirm the unacceptability and illegality of any threat or use of nuclear weapons(especially in the Ukraine conflict), national implementation measures including divestment from the nuclear weapons industry, the humanitarian impact of nuclear weapons testing and use, and universality of the TPNW. 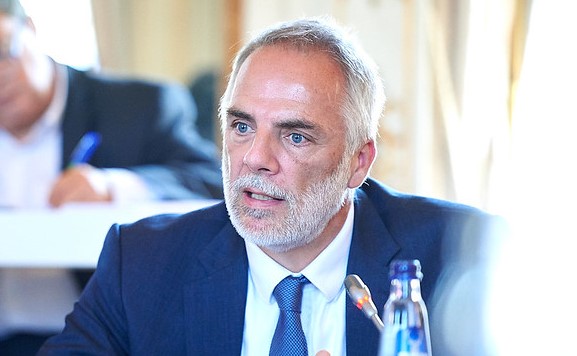 Affirm the illegality of the threat or use of nuclear weapons

The Russian invasion of Ukraine has elevated the risk of nuclear war to unthinkable levels. President Putin has accompanied the invasion with public tests of nuclear capable missiles, along with a threat that if the West intervenes in his ‘military operation’ they might face a Russian response ‘the like of which they have never before experienced’ (refering to a nuclear attack). In this context, a strong statement by the TPNW Conference against any threat or use of nuclear weapons is important.

The nuclear armed and allied states are not bound by the TPNW, as they are not parties to it. However, they are bound by other international law prohibiting the threat or use of nuclear weapons, as highlighted by the International Association of Lawyers Against Nuclear Arms in a working paper to the TPNW Conference.

President Putin, and the leaders of other nuclear-weapon States, should be reminded that the UN Human Rights Committee has affirmed that the threat or use of nuclear weapons is not only ‘incompatible with respect for the right to life’, but may also ‘amount to a crime under international law.’ (i.e. they would be held personally accountable for any use).
Forced to live under the Sword of Damocles.

“What we most fear is the use of nuclear weapons because that would cause “catastrophic humanitarian consequences” for all humanity. It is possible that nuclear weapons would be used not intentionally, but because of a miscalculation or accident. That the Earth has not yet been blown up is simply because of dumb luck. We are forced to live beneath the sword of Damocles.”

Working paper submitted to the TPNW Conference by the Japan Association of Lawyers Against Nuclear Arms.

Article 5 of the TPNW requires States Parties to ‘adopt the necessary measures to implement its obligations under this Treaty.’ So far, very few of the ratifying states have adopted legislative measures to fully implement the Treaty. The Meeting of States Parties provides a good opportunity to promote effective implementing measures, guided by the examples of national nuclear prohibition legislation adopted by Austria, Mongolia, New Zealand and the Philippines.

The New Zealand Nuclear-Free Zone, Disarmament and Arms Control Act provides probably the best model for comprehensive and effective national legislation banning nuclear weapons. The legislation was adopted in 1987 and received the Future Policy Silver Award in 2013. It:The prohibition on transit directly impacts on the deployment policies of the nuclear-weapon states, preventing port visits, overflights and landings in New Zealand of ships or planes that could be carrying nuclear weapons. The establishment of a Minister for Disarmament has elevated New Zealand’s national and international action on nuclear abolition.

States parties to the TPNW are encouraged to adopt similar legislation in order to strengthen their domestic ban against nuclear weapons and the impact of their nuclear ban on the policies and practices of the nuclear weapon states.

One way to help stop the nuclear arms race is to end investments (from around the world) in the nuclear weapons industry.

The prohibition on aiding or abetting the production of nuclear weapons in the NZ legislation has led to New Zealand public financial institutions (New Zealand’s national bank, pension fund and other government managed funds) divesting from the nuclear weapons industry.

Rob van Riet (World Future Council) presenting at a press conference at the United Nations on nuclear weapons divestment following the adoption of the TPNW.

Articles 6 and 7 of the TPNW establish obligations of State Parties for victim assistance and environmental remediation with respect to the testing and use of nuclear weapons in their territories, as well as measures to receive international assistance to fulfil these obligations.

Nuclear Collateral Damage, a recent podcast series produced by Youth Fusion, brings forth voices of survivors, activists and experts from regions affected by nuclear weapons use and testing, and highlights the injustice people from these regions continue to face. The series is hosted by Aigerim Seitenova from Semey, which is the region in Kazakhstan where the Soviet Union conducted most of their nuclear tests.

Article 12 of the TPNW sets forth the goal of universal adherence to the treaty. However, none of the nuclear armed or allied states have joined the TPNW or given any indication that they are considering doing so. Some suggestions have been made on how to enable nuclear armed and allied states to join the TPNW in order to advance this goal.

- Protocols to the TPNW
NWC Reset: Frameworks for a Nuclear-Weapon-Free World, an initative of Abolition 2000, has made some suggestions in a working paper submitted to the 2022 NPT Review Conference, one of which is the possibility of nuclear-weapon states negotiating protocols to the TPNW which would address issues and elements that would enable them to then join. These elements include verification, compliance, phased process for stockpile reductions and elimination, security issues and general governance.

- Temporality clause
A group of Dutch and international civil society organizations have suggested (in a submission to the UN Human Rights Council) that Netherlands informally re-introduce to the TPNW Conference the proposal they made to the 2017 TPNW negotiating conference for the treaty to include a temporality clause. If such a clause was adopted, it would make it possible for allied countries (NATO, Japan, South Korea and Australia) to join the TPNW in the short term by exempting themselves from TPNW obligations that are in conflict with their current collective security relationships (i.e. the acceptance of nuclear deterrence), as long as they also make a time-bound commitment to change these relationships in order to subscribe to all TPNW obligations. Yours sincerely
UNFOLD ZERO