Today an important restraint on the nuclear arms race ceases to have any effect.

The UN Secretary General has warned that the world has lost “an invaluable brake on nuclear war” with the expiry of a cold war-era arms control treaty on Friday, 2nd August 2019.

Today, 2 August 2019, the governments of the US and Russia have missed a troubling deadline: the end of the six-month notice period that began when both countries announced their withdrawal from the INF Treaty earlier this year. During this period, the decision could still be reversed if both parties went back to the negotiating table. Now that the deadline has passed, and both states can produce even more nuclear weapons, this time enabled to hit targets in the range of 500 and 5,500 kilometres. These weapons, optimised to destroy cities and wipe out civilian populations, put the whole world – and Europe in particular – at risk.

But there is an alternative: In 2017, the UN adopted a Treaty prohibiting nuclear weapons altogether, and all activities related to them – and this treaty is well on it’s way to entry into force, as Saint Vincent and the Grenadines became the 24th State Party – out of the needed 50 – just two days ago. So today, we’re calling on all responsible states to join Treaty on the Prohibition of Nuclear Weapons (TPNW). Are you with us? 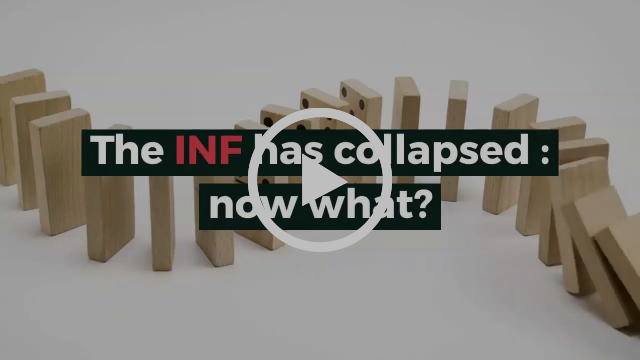 WATCH: 9 things you need to know about the collapse of the INF Treaty

Please don’t let today go by without speaking up against nuclear weapons. The irresponsible and dangerous decision by Russia and the US to let the INF-Treaty collapse shows that change won’t come from the nuclear armed states alone, and it’s time for the whole world to hold them accountable. The TPNW is the way to do that. So let’s keep pushing together until every nation is on board!

Thank you for all that you do,