Commander Robert Forsyth RN (Ret’d), a former nuclear submariner and a signatory to the letter, commented: “It is completely unacceptable that the UK continues to spend billions of pounds on deploying and modernising the Trident Nuclear Weapon System when faced with the threats to health, climate change and world economies that Coronavirus poses.”

Commander Forsyth was second in Command on a Polaris submarine, Trident’s predecessor, commanded two other submarines and the Commanding Officer’s Qualifying Course

Tom Unterrainer, Director of the Bertrand Russell Peace Foundation which circulated the letter, commented: “This pandemic and the inability of the British government to either prepare for or effectively respond to such an immediate threat to life demonstrates the twisted priorities at the heart of nuclear weapons spending.

Rather than work to guarantee real security this government prioritises the acquisition and deployment of weapons of mass murder.”

The Bertrand Russell Peace Foundation says its hopes that efforts to question the nuclear ‘Continuous At Sea Deterrent’ “will encourage politicians and the wider public to begin to question the morality and the feasibility of nuclear weaponry”.

RE: Covid-19 and Continuous At Sea Deterrent

The increasing cost of Coronavirus will require decades to recover. Meanwhile, the UK’s Trident nuclear weapon system remains on Continuous At Sea Deterrent patrol costing some £2 billion a year and using scarce military assets to protect the on-patrol submarine.

This is despite Trident missiles having been de-targeted since 1994 and stood down at ‘several days’ notice to fire (HMG website) since 1998. Furthermore, recent public statements by the Chairs of the Defence Select and Public Accounts Committees advise that two out of four Vanguard class submarines that carry Trident missiles have been unavailable for more than a year, placing what must be considerable strain on the remaining two (normally three) submarine crews now having to carry out patrols of up to four months at a time.

The morale of the submarine crew on patrol, understandably worried about their families at home and knowing their weapon system is stood down, must be a concern, as is their own state of health and exposure to the virus.

In these circumstances, and lacking any foreseeable threat of a ‘bolt from the blue’ nuclear weapon attack on the UK, is it appropriate for the Government to continue spending billions of pounds on Continuous at Sea Deterrent, as well as building new nuclear warheads and the submarines to carry them?

“Covid-19 is showing us that humanity’s worst threats- pandemics and climate change are shared globally,’ said Baroness Sue Miller. ‘We should not waste resources on renewing nuclear weapons as we should be using all resources we can in tackling these all too real issues.’

All of the nuclear weapons powers, and those states which are supportive of them, are wasting precious resources on the likes of Trident against the wishes of their peoples, when they should be addressing the real and deadly enemy in the form of COVID19,’ said Bill Kidd MSP, who also serves as the Convenor of the Cross-Party Group in the Scottish Parliament on Nuclear Disarmament.

“With human beings and national economies under genuine threat, it is the duty of governments and parliamentarians to pull back from nuclear war planning and preparation, and to instead cooperate internationally on facing down this deadly pandemic,” concluded Mr Kidd. 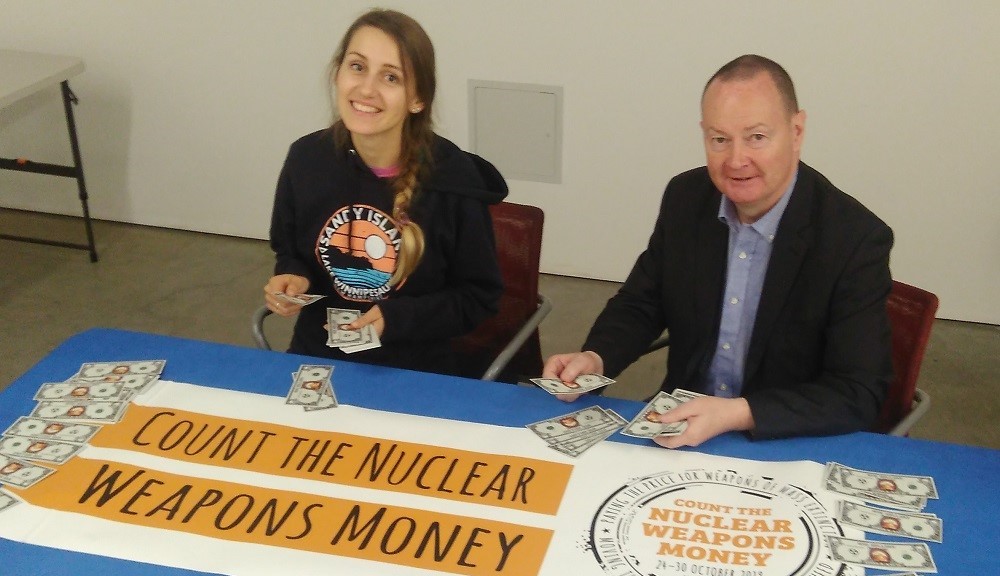