“If you can’t beat ‘em, join ‘em”—latest strategy of climate activists at Harvard 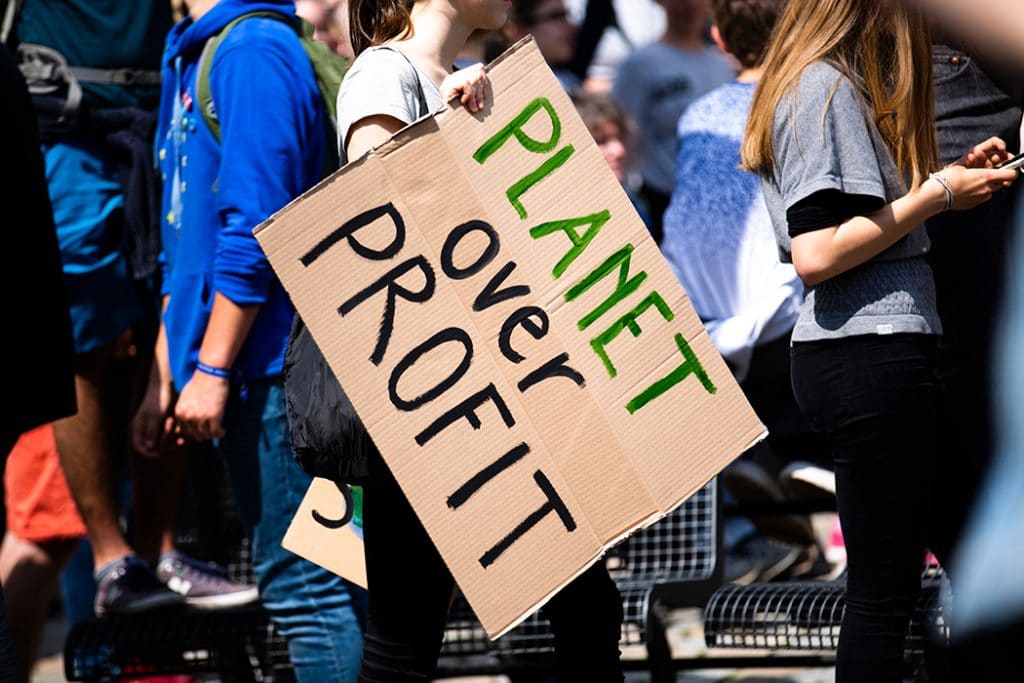 Editor’s note: This story was originally published by Grist. It appears here as part of the Climate Desk collaboration.

The fossil fuel divestment movement won a significant victory on Friday: Harvard University alumni elected three new divestment-focused members to the school’s Board of Overseers, the governing body with a say over who controls the school’s $40.9 billion endowment. While that level of influence is somewhat indirect, it represents a new strategy for divestment advocates, who have been repeatedly shut down by university administrations.

Colleges are not the only organizations to maintain endowments (some major churches, museums, private secondary schools, and cultural centers also have them) but they are some of the most visible targets in the climate-inspired push to sell off any stocks, bonds, funds, or other investments that support fossil fuel companies. Advocates for divestment argue that fossil fuels are a risky investment, both financially and for the planet, and that those funds should be diverted to more sustainable industries, such as renewable energy.

“It’s also about forcing decisionmakers at all levels to choose a side between fossil fuel executives responsible for lying for the last half a century about the climate crisis,” explained Lindsay Meiman, a spokesperson for 350.org, which also runs the divestment website gofossilfree.org. “Or, in the example of Harvard, the side of the students, alumni, and faculty for whom you are creating a future.”

In the past year, major institutions, like the entire University of California system and, more recently Oxford University, have made commitments to divest their endowments from fossil fuels. But Ivy Leaguers Harvard, Yale, and Princeton, which have a staggering combined total of $95 billion shored up in their endowments, have largely rejected calls for divestment. None of the three universities disclose exactly how much of their endowments are invested in fossil fuels, but with some sleuthing, student groups have uncovered enough information to fuel their concern over their schools’ investment portfolios. For example, an analysis of Harvard’s 2019 SEC filing by the group Divest Harvard found that, of $394 million disclosed, about $5.6 million was invested in companies that extract oil, gas, and coal, or utilities that burn these fuels.

RELATED:
Convention takeaway: Democrats (and some Republicans) call for a return to multilateralism

Students at both Harvard and Yale have been asking their administrations to divest their endowments from fossil fuels since at least 2012, to no avail. In the past year, they’ve taken several high-profile actions. In November 2019, during the annual Harvard-Yale football game, hundreds of protestors stormed Yale’s football field with a banner calling out the presidents of both schools, reading, “Our future demands action now.” The demonstration delayed the nationally-televised event for about an hour. Earlier this year, Harvard’s Arts and Science department faculty also held a symbolic vote with 179-to-20 respondents answering in favor of fossil fuel divestment.

These demonstrations didn’t quite have activists’ desired effect: Just before Earth Day, Harvard announced it would, in fact, use its endowment to take action on climate change—but instead of completely kicking fossil fuel companies to the curb, economist and university president Lawrence Bacow said the Harvard Corporation, which oversees the endowment, would focus on achieving “net-zero emissions” for the portfolio. In theory, that goal could mean that by 2050, all the companies in the portfolio would be net-zero, meaning they would emit no more carbon dioxide than they remove through carbon offsets. But Bacow admitted that Harvard did not yet have a plan for how it would measure or reduce the endowment’s footprint, explaining it would require “developing sophisticated new methods” for calculating its environmental impact. He also asserted the school would be better off working with fossil fuel companies to reduce climate impacts rather than alienating them by divesting entirely.

RELATED:
Time for a diet: Today’s US homes have super-sized into “energy gluttons”

For divestment advocates, the net-zero plan did not go far enough. “This net-zero by 2050 policy tries to have it both ways, and fails on all counts,” alumni Craig Altemose wrote in a scathing op-ed for the Harvard Crimson. “If the Corporation thinks the proposal will quiet calls for divestment, they are sorely mistaken.”

At the time, a new campaign by a pro-divestment alumni group called Harvard Forward was already underway, testing out a new strategy—stop trying to convince those in control of the endowment and instead move to become the ones in control of the endowment. They started a petition to nominate five alumni to run for the Board of Overseers, which is just one step removed from the Harvard Corporation. Harvard Forward’s candidates obtained enough signatures to make it onto the ballot, and ultimately, on Friday, three of them were elected to the eight-person board: Jayson Toweh, a program analyst at the Environmental Protection Agency, Margaret “Midge” Purce, a professional soccer player, and Dorothy “Thea” Sebastian, a member of the policy counsel for the Civil Rights Corps.

“This election is only the beginning,” said Sebastian in a press release. “Now the real work starts to help make Harvard a true leader on climate, responsible investing, racial equity, and disentangling our involvement with the unjust criminal-legal system.”

Harvard isn’t alone in taking the “if you can’t beat ‘em, join ‘em” approach. A similar group at Yale is now working to nominate Maggie Thomas, who served as a climate policy advisor to presidential candidates Jay Inslee and Elizabeth Warren, to the Yale Corporation, the school’s board of trustees and principle governing body. Thomas will need 4,394 signatures by October to qualify for the ballot. As of August 16, she had 2,867.

This article appeared in the Bulletin of the Atomic Scientists