From the Bulletin of the Atomic Scientists 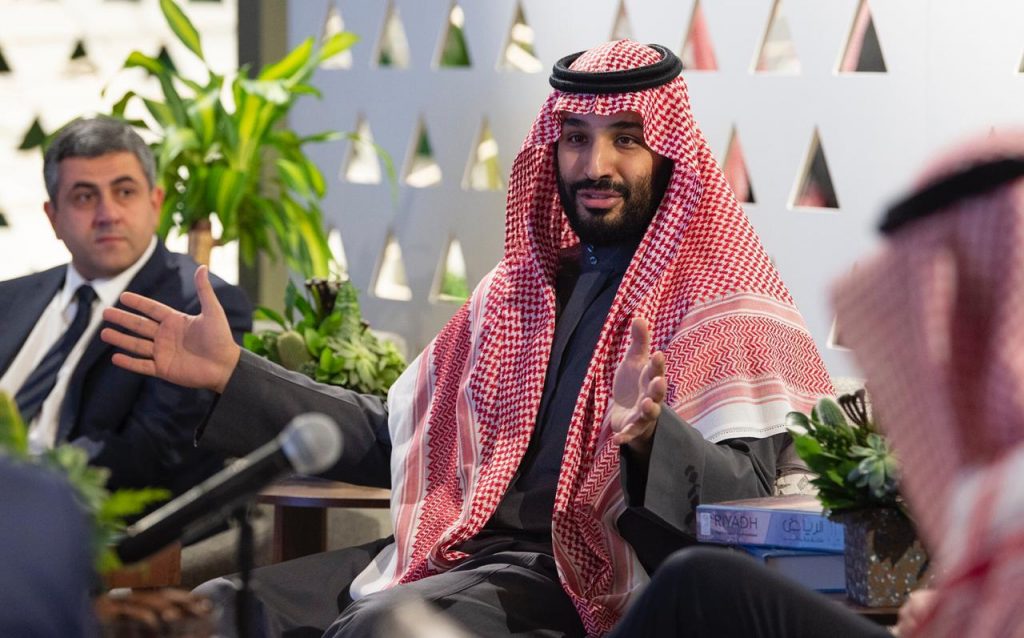 Saudi Crown Prince Mohammed bin Salman in 2019. In 2018, the crown prince said that his country would obtain a nuclear weapon if Iran does. But even if the statement was sincere, Saudi Arabia is nowhere close to having the capability to build a nuclear weapon.

In the highly charged political atmosphere surrounding nuclear initiatives in the Middle East, legitimate concerns are sometimes blown out of proportion, with potentially problematic results. This has been the case with recent coverage and commentary on Saudi Arabia’s nuclear activities, which have been characterized by a degree of what can be described as “threat inflation.”

While there are legitimate questions about what Saudi Arabia eventually intends to do with nuclear technology, the fact is that today the kingdom is not moving to establish either uranium enrichment or plutonium separation capability, without which there is no path to the Bomb. The kingdom’s reported uranium mining activities are far from what is needed for a nuclear weapon.

The nonproliferation community should certainly be vigilant regarding what the kingdom is doing or planning to do on the nuclear front; given the geopolitical context in the Middle East, however, promoting exaggerated and alarmist claims is counterproductive and could actually be harmful to nonproliferation efforts.

In August, the Wall Street Journal reported that the kingdom had built, with help from China, a secret facility to extract yellowcake from uranium ore. Yellowcake is concentrated, natural uranium in powdered form. The report stated that, “The [yellowcake extracting] facility, which hasn’t been publicly disclosed, is in a sparsely populated area in Saudi Arabia’s northwest and has raised concern among US and allied officials that the kingdom’s nascent nuclear program is moving ahead and that Riyadh is keeping open the option of developing nuclear weapons.”

Several weeks later, the Guardian published a report outlining the kingdom’s uranium ore reserves—rock that is still in the ground—noting that it likely has enough of these reserves to enable domestic production of nuclear fuel. The report stated, “If Saudi Arabia is able to mine sufficient uranium domestically, rather than relying on foreign providers, it could give the kingdom a boost toward creating its own weapons programme, experts say.”

RELATED:
How Russia, China, and other governments use coronavirus disinformation to reshape geopolitics

Reports like these give the impression that the kingdom is well down the path toward developing its own nuclear weapons. But this is misleading. Dozens of countries have identified recoverable uranium reserves on their own territories. And uranium mining, or even yellowcake extraction, is far from a usable weapon.

There are two paths to making a Bomb. The first would involve taking yellowcake, converting it from a solid to a gas form, and then enriching it to increase the concentration of uranium 235, the fissile isotope that can sustain a nuclear chain reaction. While natural uranium ore in the ground has a concentration of about 0.7 percent uranium 235, power reactor grade uranium requires enrichment levels between 3 and 5 percent, and weapons grade uranium needs to be enriched to about 90 percent. Today, Saudi Arabia has no enrichment capability.

The second path involves taking the spent fuel out of a reactor once it has burned up and putting it through chemical reprocessing to separate out fissile plutonium. This plutonium could then be weaponized. But here again Saudi Arabia does not have any operational, or even under construction, power reactors, nor does it have a reprocessing capability.

It is the kingdom’s rivalry with Iran that seems to frame the wider perception of Saudi Arabia’s nuclear news or announcements, particularly ever since Crown Prince Mohammed Bin Salman’s alarming statement in March 2018 that the kingdom will pursue nuclear weapons if Iran does. However, there is a big difference between issuing such a serious political statement—about a future hypothetical scenario—and taking tangible steps toward weaponization.

Moreover, while it is rational to view Saudi Arabia’s nuclear activities through the lens of its rivalry with Iran, the same dynamics can also explain why the kingdom has so far been unwilling to commit to forgo uranium enrichment and reprocessing activities, or to agree to the International Atomic Energy Agency’s (IAEA) Additional Protocol, which would give the IAEA additional access to ensure the kingdom’s program stays peaceful.

But unlike Iran’s nuclear program, the Saudi nuclear program is so far more of a collection of incoherent intentions than tangible actions. Even producing nuclear fuel for power reactors domestically, which is within states’ rights under the Nuclear Non-Proliferation Treaty, requires sustained financial and scientific investments in more complex parts of the nuclear fuel cycle. Apart from a low-power research reactor currently under construction, all available evidence suggests there has been very little progress on these investments.

Because its program is so embryonic, Saudi Arabia has an unmodified “small quantities protocol” agreement with the IAEA, which means it is exempt from routine inspections. Although the current policy leaves future options open and fuels concerns, it appears more of a political stance not to sign away national rights in the face of an uncertain Iranian nuclear program.

In this context, despite some reserved denials by the Saudis, they may actually desire that the threat of their nuclear activities be exaggerated. This could serve two purposes: first, to promote the image that the Saudi leadership is willing to “take risks” and be confrontational on a very sensitive issue, contrary to what many analysts have predicted; and second, to indirectly increase international pressure on Iran’s nuclear program, since the Saudi reaction is perceived to be directly linked to it.

In approaching the delicate subject of nuclear proliferation in the region, it is necessary to be both realistic and measured. While it is important to acknowledge that several Middle Eastern nuclear programs have been underestimated in the past, overblowing the threat level could be an unnecessary escalatory factor. After all, the Bush administration’s threat inflation on Iraq was disastrous.